The Swapper (and the Player-Avatar Relationship)

Space seems to be the best setting to convey isolation. The Metroid series does it excellently, and so does The Swapper. There's more in common between these two games than their tone: The Swapper is even structured like a Metroid game. Yet somehow, playing The Swapper feels modern and fresh as much as it feels familiar and nostalgic. 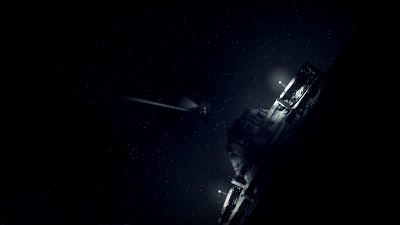 I enter the game only to be jettisoned from a space station. Why? I'm not too sure. Upon exploring the surface of the foreign planet on which I landed, I discover the eponymous Swapper. This device let me create clones of myself that are synchronized with my movements. Soon thereafter, I find an augment for the device which allowed me to switch between the clones. These are the primary mechanics of the game.

In order to access new areas, I must collect orbs that were hidden away on the planet and back on the space station. The game uses such an old style of game progression, but the novelty of the game mechanics makes each puzzle feel challenging and rewarding. It's a nod to the olden days of gaming without using clichéd pixel art or 8-bit music. 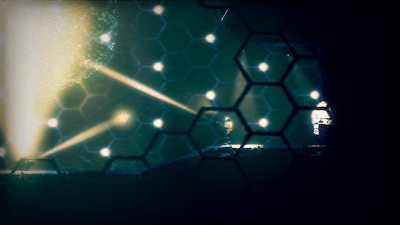 I find out that the space station was on a mining expedition to this alien planet. Large rock samples can be found throughout the station, and when I pass in front of one, the screen blurs and text appears. Are these rocks communicating with me?

Most rooms hold a clever puzzle which must be solved in order to obtain orbs. The puzzles are superbly designed around the Swapper device and are unlike any other I've yet encountered. I haven't experienced puzzles this fun since Portal 2. 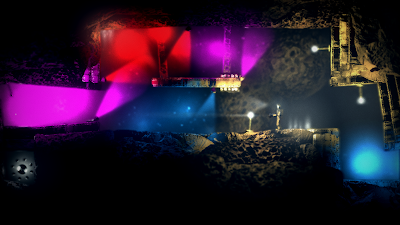 After making progress through in the space station, I discover that these ancient rocks are believed to be intelligent beings. They were being mined in order to be studied further until something went wrong. A doctor who has been studying them believes that they contain consciousness, but lack any perception of the physical world. They contain souls, if you will.

The Swapper device is thought to be swapping the soul of the user to the target's body (in the player's case, his or her clones). Is the soul, or that inexplicable thing that makes us conscious, truly not of the physical world? 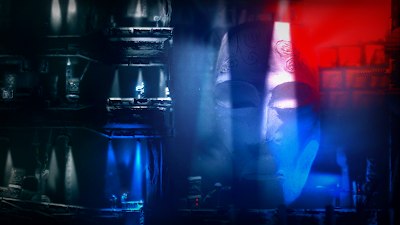 Have I, the gamer, temporarily transfer myself into this game world, as if I had used the Swapper device? While I play, I inhabit the empty shell of the protagonist, deciding his or her movements and actions. Does part of my soul live in this character while I play? While immersed, is my consciousness at least partly transferred into the game world? The player-avatar relationship is an interesting one, and The Swapper led me to further question this unique part of videogames.

I'll leave you with this quote from Austin Grossman's book You:


"But in the middle of all this, there's you, a person playing a video game. For fun, for a challenge, for reasons hard to understand... Your character is always going to be you; you can never ever quite erase that sliver of you-awareness. In the whole mechanized game world, you are a unique object, like a moving hole that's full of emotion and agency and experience and memory unlike anything else in this made-up universe."