Today I bring you an interview with the man behind Mighty Pebble Games, a new indie studio based in Charlottetown, Prince Edward Island. 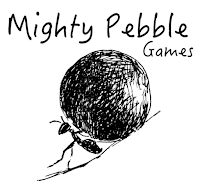 Chad: First off, who are you and what lead you to game development?

James: I'm James O'Halloran from Charlottetown, PEI, and I'm the owner/developer of Mighty Pebble Games. I graduated Computer Science at UPEI in 2013. After school, I worked for a small software startup in Charlottetown that unfortunately went out of business this Summer. I took some game development courses at UPEI and also played around with game dev in my spare time, so I decided that this was a good opportunity to take my hobby full time and start my own game studio.

Chad: Awesome. Charlottetown is a beautiful city. How do you see the current game dev scene in PEI?

James: There are some cool things going on in the Charlottetown game dev scene. The video game specialization program at UPEI is great so there's a good flow of new developers hitting the scene each year. It's awesome to have EA here to create lots of jobs, and there are also several medium/small studios working on some cool projects.

Chad: That's great, I had no idea they taught video game-related courses at UPEI. So, are there other members of Mighty Pebble Games, or is it a solo project?

James: Right now it's a solo project. I do all of the programming myself. I have been doing approximately 70% of the artwork, and outsourcing the rest online. I also buy all my audio assets individually online. I'm hoping to hire a full-time artist if things go well with my first game.

James: Miner Meltdown is a 2D team-based competitive multiplayer game. Each player is a miner, who has to explore an underground mine searching for gold so he/she can buy better weapons/gear and ultimately kill the opposing team. Matches are quick, and the game is fast-paced. I often describe it as Terraria meets Worms meets Counter-Strike.

Chad: Sounds interesting! What would you say are the advantages of going Steam Greenlight as opposed to other platforms?

James: For my project, Steam was the best option to start on based on the fact that I'm making a multiplayer game and it's an increased risk to buy 8 developer kits for testing for each platform. Steam is also very open, and a lot more accessible for new studios. Steam doesn't even require getting a rating from a ratings board (which can costs thousands). The Steam Greenlight platform also gives your game exposure to a huge audience. If the game is a hit, I will definitely consider bringing the game to consoles in the future.

Chad: Thanks for your time James, and best of luck with your campaign! 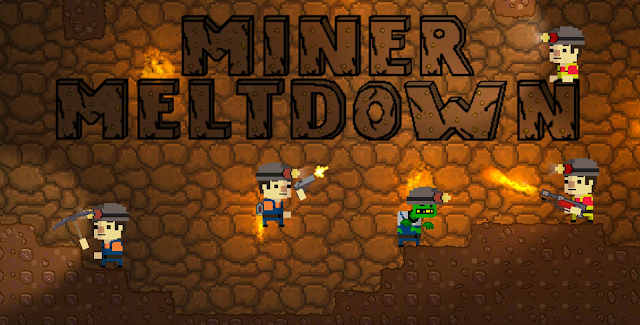